Is an ESOP right for you?
Or Is there an ESOP in your future?
By


There comes a time in the lives of business owners that they want to move on; to pass the day to day management of the company to another in order to spend time in other pursuits. The question of how to accomplish that goal can be answered with an ESOP or an Employee Stock Ownership Plan (ESOP).

An ESOP is thought to be the most tax efficient way for an owner to leave a business and set up a management team to control the company. A well constructed ESOP transaction provides a “win win’ situation for the owner wishing greener pastures, the management team eager to take on the leadership role, the employees wanting to be part of the company ownership and the company wishing to keep down its tax burden.

What is an ESOP?

An Employee Stock Ownership Plan is tax qualified plan created to invest in the stock of the company. It is similar to profit sharing plans or 401(k)s except that its main asset is the company’s stock. While an outside purchase may trigger a large tax burden, a properly structured ESOP can limit the taxes owed on the proceeds of the sale.

How does a typical ESOP transaction work?

The first, and, perhaps the most important step that needs to be taken, is for all the parties to come together to study the situation. This includes the company board, the selling owner, management team, and the ESOP Committee. As part of this process an outside independent ESOP appraiser determines the value of the company. Once everyone fully understands what is proposed and the role each party plays, and if all agree, the process moves forward.

The next step is for the company’s board to establish the ESOP and appoint an ESOP trustee who can be part of the management team or an outside person appointed for the sole purpose of buying the owner’s stock. Regardless of who it is, the trustee must negotiate a price that is not more than the fair market value of the stock and is fair to all. At times, the independent trustee stays on for a “cooling off period,” after which the company can appoint an insider to act as the ESOP trustee.

Like buying a house, when all are in agreement that the terms and conditions have been satisfied, the final ceremony is the closing. At the closing the selling owners receive cash for their shares and the ESOP receives shares in the company.

The purchased stock is held in the ESOP trust but is not in the name of any one employee. This is called a “suspense account.” As the loan is paid down, each year there is annual allocation of stock from that account to the employees’ ESOP accounts. When the employees leave the company, their stock is converted into cash, which can then be distributed to the employee’s IRA (Individual Retirement Account).

How the IRS treats the proceeds of the sale depends on whether the company is a C or an S Corporation. The seller of shares in the S Corporation to the ESOP will pay capital gains on the proceeds, while the C Corp seller may, under certain circumstances, have a year to reinvest the proceeds to defer the tax.

What are the advantages of an ESOP?

The use of an ESOP to transfer ownership has advantages for the company, the employees and the seller.

1. The company keeps its offices, employee base and business connections.
2. The company can buy the stock from the selling shareholder at a tax advantage.
3. The assets in the ESOP trust grow tax deferred.
4. Distributions are taxed favorably.
5. Employees continue to have a job and gain a significant new employer provided benefit.
6. The seller has found a “friendly” purchaser.

What are its disadvantages?

The process is a long one. Selling all or part of your business is a major event that requires a lot of discussion and negotiation. Because the process is complex, it can take six to nine months or longer to accomplish. And, there is cost involved in establishing and managing the ESOP, which requires an evaluation each year.

What could be trouble spots?

The first troublesome spot could be the cost of the stock. The ESOP must never pay more than the fair market value of the stock. To be sure you have a fair price, a solid valuation of the company by a qualified ESOP appraiser is necessary.

Because ESOP trustees are obligated to work in the best interests of the Plan participants and to negotiate an arms’ length sale between the ESOP and the seller, they must be selected with care.

Another area of concern is the company governance. The control of the company, both pre-and post-ESOP must be carefully reviewed. Shareholders can vote on shareholder matters, however, while the stock is in the “suspense account,” the trustee votes those shares. Again the selection of the trustee must be considered.

Ongoing administrative costs, which include outside appraisers and managers, should be reviewed carefully. If the company is an S corporation, an analysis of the ESOP is important to be sure it does not violate any provisions of the tax code.

If you are thinking it is time to move away from your company and are comfortable with employee ownership, the ESOP may be your answer. An ESOP that is good fit for your company and its culture can benefit everyone involved.

Off the Record
Are you a screen sophisticate?
By
Roberta M. Gubbins

Screen Sophisticate: One who has a highly developed knowledge of the ways of the computer screen.

I am not. I am learning but I will always be behind the folks who are growing up with the screen as an integral part of their lives. 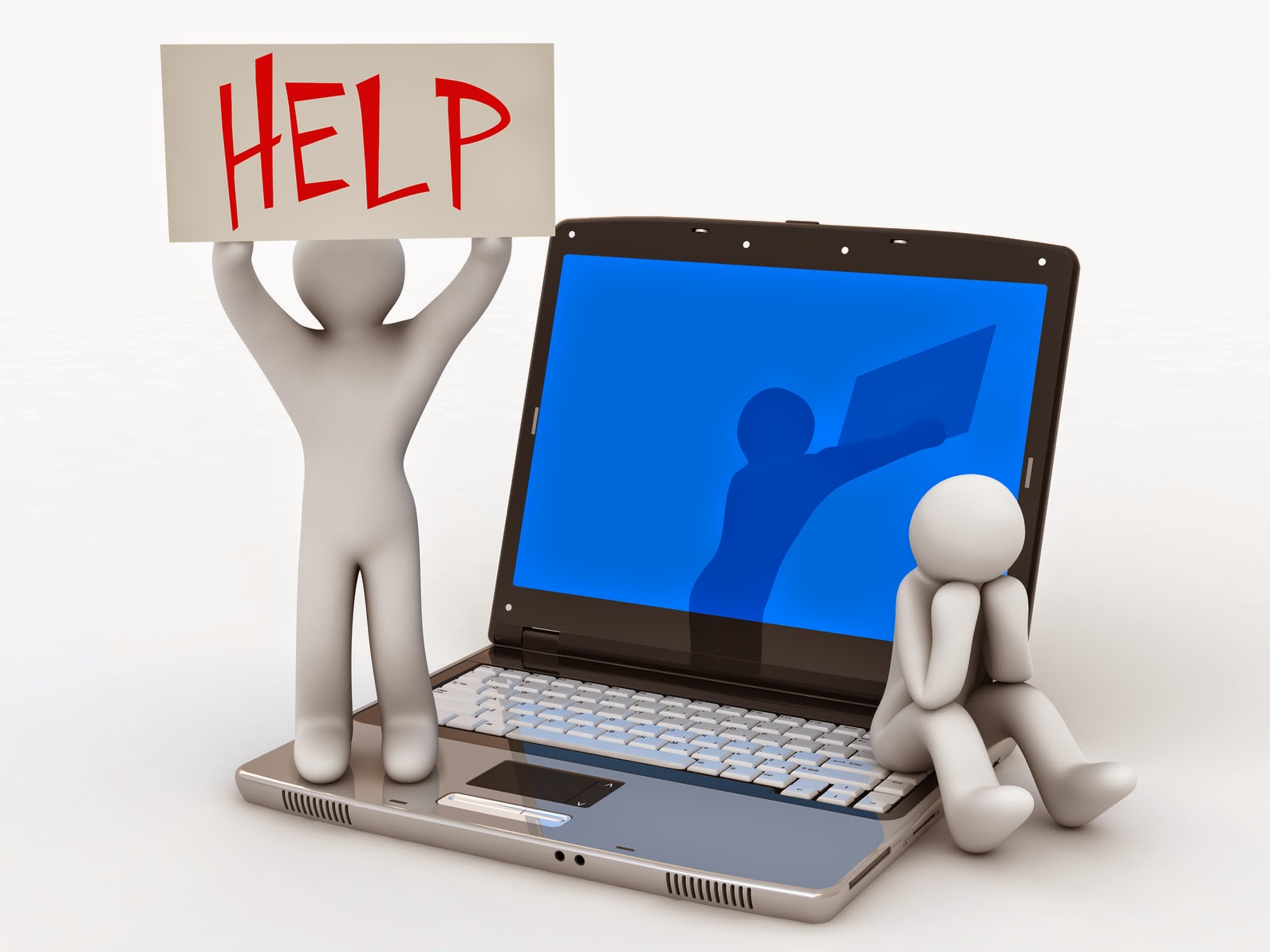 I thought of that when I was cruising the local mall recently. I paused and watched a young father show his toddler how to use her finger to navigate a game on the father's smartphone. I am sure the child is learning to walk and talk, but she will know how to use her finger on the screen long before she is an accomplished walker or talker. If the child becomes a lawyer, she will think nothing of strolling into court with a tablet computer or something as yet to be created, which will, of course, have all the files needed and be wirelessly connected to the court's system.

Today's law school graduates are quite comfortable with the screen as a tool. The rest of us can learn. Like all disciplines, there is a learning curve and the first task is to learn the language of screens. Let's start with some of the basics:

Binary--the number system used in computer science is binary or a base-2 system using two symbols: 0 and 1. The binary number 11000101110, for example, is equivalent to 1582. Frankly, that is as much as you need to know unless you want to explore the base 2 world, which I don’t. I had enough trouble understanding our base 10 system. I am a lawyer not a mathematician.
Bit--(binary digit) is the smallest piece of information used by a computer consisting of either 0 or 1.
Byte--(binary term)--the basic measurement of computer data and consists of 8 bits. Computer storage is measured in larger increments of bytes such as Kilobyte (1024 bytes), Megabyte (1024 Kilobytes) Gigabyte (1024 Megabytes) then Terabyte, Petabyte, Exabyte, Zettabyte, Yottabyte, in order of increasing volume and following the same pattern. What does that mean in paper? One Megabyte is about 500 pages or one thick book, while 1 Terabyte is about 1 million thick books.

If opposing counsel says he is sending 3 Megabytes of discovery, that's a lot but may be doable; if, however, he is sending a Terabtye or two, you might want to file a motion seeking help from the court or just say no.

While that is probably enough of the techie stuff for today, I will add two more:

App or application--is the program in which you do your work. If on an iPad, you access the Apps with a touch of your finger. Apps are narrowly useful since the apps on the tablet screen are used to find information, not for creating it and each must be opened individually. Apps such as QuickOffice Pro can be used to write a letter or document but might be awkward when it comes to editing it.

If you are using your tablet to read a brief or court case, there are, for example, apps (such as GoodReader or iAnnotate) for writing notes, highlighting text, making comments or underlining parts of a document that are helpful.

Software--files on a disk that contain instructions for a computer--such as Microsoft Word or Excel or Firefox--which you install on your computer to use when creating documents or spreadsheets or going on the Internet. These programs have many more bells and whistles than the apps.

That is probably enough techie stuff for today. I think, by learning a few terms and practicing on your tablet or computer, you and I can become more proficient and less awkward and truly be screen sophisticates. I will keep at it and I welcome you to join me.

Revisions to Article 9 of the Uniform Commercial Code (UCC), which controls the granting of credit secured by personal property will take effect on July 1st. Article 9 rules apply when a manufacturer finances the purchase of a machine, a store owner borrows money to buy inventory, or a consumer uses credit to purchase a new flat screen TV. Michigan is one of 39 states that have adopted the amendments written to fix filing issues and other problems.

First, there was the problem of deciding which of the debtor’s names to use on the financing statement. Michigan has adopted Alternative A (“Only if”) of the two possible options as follows:

Other states have adopted Alternative B (“safe harbor rule”), which provides that the debtor’s driver’s license name, actual name or the surname and first personal name be used on the financing statement.

In situations where the state issues both a driver’s license and a personal ID card and it isn’t possible for a person to have both, then the personal ID may be used under either alternative.

If the debtor is an entity such as a corporation, limited liability company, a limited partnership or when the collateral property is held in a trust or the decedent estate, the name on the financing statement will be the one used in the actual charter documents filed with the state.

Second, the new forms are more user-friendly. More detailed guidance is provided for completion of the forms. The check boxes have been moved to make things clearer. For example,

Michigan uses the national forms except the UCC-11 (information form), which is slightly modified. The state will take the old forms only until July 31st. The new forms should be available as of June 28th. Michigan’s filing fees will remain the same.

If the name of the debtor needs to be changed, there is a five-year transition period that lasts until June 30, 2018. Also, when you continue a financing statement after July 1st, you need to be sure the debtor’s name is correct according to the new revisions.